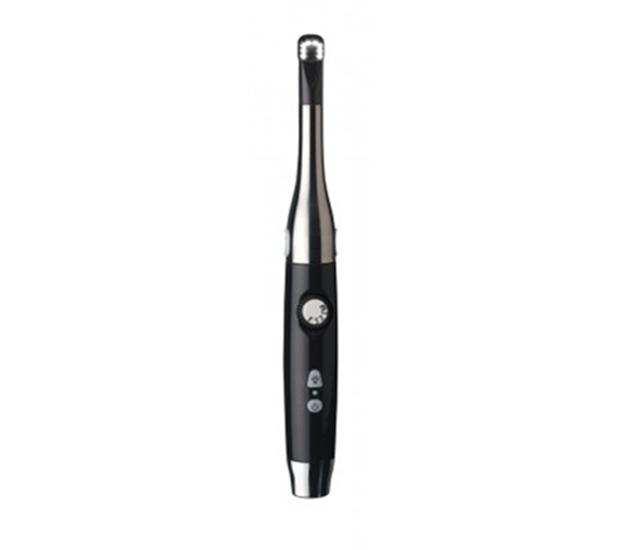 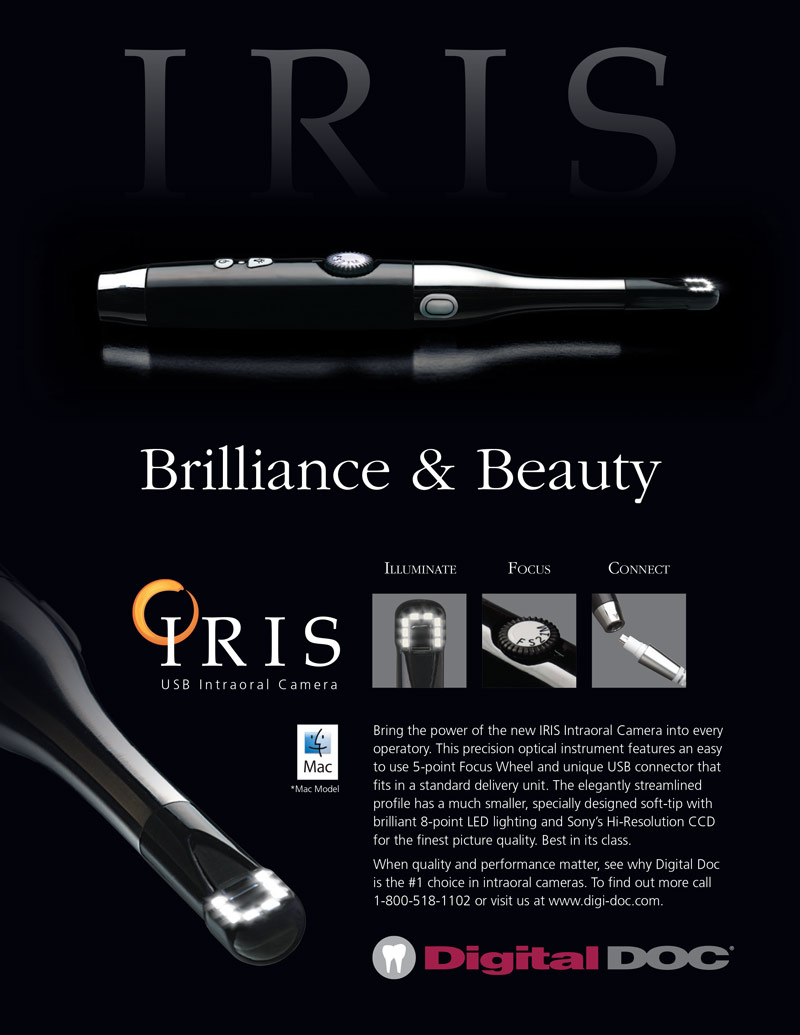 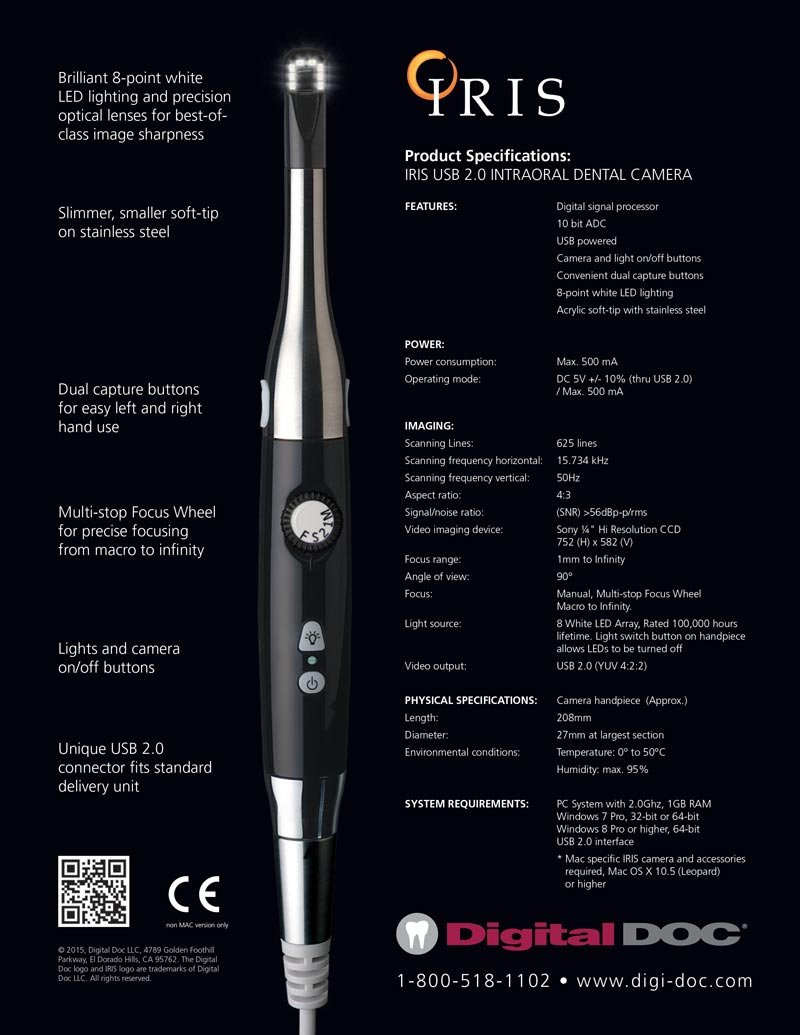 What is an intraoral camera?

Best described as an effective tool used by dentists to communicate and educate their patients, intraoral cameras are essentially tiny digital cameras that enable dentists to capture images of difficult-to-reach areas in the mouth. They can easily go inside the mouth and capture digital images inside it. They are powerful tools to effectively find teeth problems hidden even in the most troublesome areas of the mouth.

The camera looks like a writing pen that, when moved around inside the mouth, allows the practitioner to see detailed, enlarged images of teeth surfaces, gum conditions, and other minute detail about tissues, cavities, etc. that cannot be seen by the naked eye. An intraoral camera does not cause any pain or discomfort to the patient and has no side effects. It captures clear video and images of the corroded or tarnished fillings, hairline fractures, bleeding gums, plaque, and several other critical teeth problems in real-time, while the patient is comfortably seated in the dental chair.

How do Intraoral Cameras Work?

Also, it is not only faster than extraoral digital cameras, but its images are visible almost immediately on the large computer screen. When it comes to an extraoral camera, one needs to manually set its retractors, adjust the mirrors and frame the shots along with downloading into the computer software.

With an intraoral camera, however, everything is automatic, thereby saving a lot of time and energy of the patient and the dentist.

The growth of intraoral Cameras over the Years

The first version of the intraoral camera was introduced way back in the 1980s, but back then, using it was cumbersome and it required a lot of space. The small intra-wand wasn’t the only part of the entire piece. It also had a big video processor box, a dedicated keyboard and monitor, a special floppy disc drive to save and transport still images, and also a VCR to save the video captured from the camera. Considering the technology standards of today, every other part of the camera was massive back then, apart from the intra-wand handpiece. Even the cost was high. Initially, an intraoral camera cost approximately $40000. Over the years, the design and functionality changed drastically and it became more user-friendly. The giant connection box was replaced by a small USB connection and the introduction of diagnostic image resolution along with LED lighting added to its usability.

The modern intraoral camera has a plethora of functions and its size is no more than a writing pen. Costing also has reduced to $5000 approximately. Companies also offer cloud-based storage solutions that allow patients to securely view the captured images from the comfort of their homes and review the recommended treatment. The newest generation of intraoral cameras is available with enhanced autofocus and more sensors than ever before. With the latest intraoral cameras, dentists or dental technicians need not know about photography to capture the best images. These new-age cameras know exactly what is to be done. From auto-focusing the LEDs for throwing the required amount of light to clicking the image with just a touch, the latest intraoral camera does it all.

New-age intraoral cameras come with various design and utility features. Some of the most common features are fixed or variable like camera focus, LED lighting, up to 100x magnification, angle views that range from 0 to 90 degrees, attachments for periodontal probes, finger image capture switches, and single tooth foot along with SC card storage and exclusive imaging software. The key is to understand the requirement and research from the innumerable options to select what is best suited for individual usage.

Benefits of Using an Intraoral Camera

Intraoral cameras have been around for the past 25 years, but with technological advancements and the addition of amazing features, they are now becoming an integral part of dental practice around the world. The best part about using an intraoral camera is that it allows the patient to get involved in the process of diagnosis. It, therefore, gives him a better understanding of the problem as well as the proposed treatment.

Intraoral camera wands are ergonomic and extremely lightweight. Along with radiographs, the high-end image quality and strong zooming capabilities of the camera intensify patient diagnosis. Being a digital camera, it offers all the features of instant image capture and deletion. You can freeze, unfreeze shots with the snap of your finger and obtain a clear image sans shadows and distortions. Intraoral camera images are great for use in consultations between dentists for better understanding of a case as well.

Besides the obvious advantages, here are a few crucial benefits of an intraoral camera that makes it indispensable to modern-day dentistry.

One of the biggest reasons for anxiety in dental patients is the fear of pain. Dental procedures are mostly quite painful and span over a number of sessions, especially if the problem is in an advanced stage.

If a tooth decay or a dental disease is detected early, the advised treatments are less invasive, expensive and time-consuming. An intraoral camera works perfectly in detecting dental health problems at an early stage, when they are not visible to the naked eye. In dentistry, any disease or tooth decay becomes major when it reaches the pulp or the root of the tooth. Before the problem reaches an advanced level, it is not only easier to treat, but the procedure is often less painful too.

An intraoral camera is a lot more than just a diagnostic apparatus. It also serves as an educational tool for the patient. In the past, dentists have struggled with explaining the extent and seriousness of the dental problem and the reason behind the advised treatment to patients. Patients too had no option but to blindly trust the dentist and go ahead with the treatment. The patient-doctor relationship is always on the edge when there’s no clear understanding and acceptance of the problem, and the trust is mainly because of the lack of choice.

With intraoral cameras, doctors are now able to show live, enlarged images of dental areas to the patient. It helps the patient in clearly understanding the problem and the reason behind the advised treatment. It aids in reducing anxiety and establishes a trustworthy relationship between the patient and the dentist.

Improves Accuracy of the Advised Treatment

An intraoral camera is loaded with advanced technological features. It comes with a head that rotates from 0 to 90 degrees and LED lighting for better visibility, and has strong magnifying abilities (with several cameras possessing zooming capabilities up to 100x), and more. These features help dentists to diagnose teeth problems accurately and advise treatment.

The camera helps in tracking hard-to-find problems in the mouth such as pulp exposures and vertical fractures. Earlier diagnosis that was based primarily on a conventional microscope can now be given with absolute surety. Also, while diagnosing the problem, both the dentist and the patient are able to discuss the problem and develop a better understanding of its treatment.

We Are Vaccinated To Protect You!

For Your Safety during Covid-19Our goal is to take excellent care of our patients and our team. In dentistry, for the past 40+ years, we have been practicing “Universal Precautions”, meaning we treat every patient as if they have an infectious disease or virus. Our strict guidelines protect our providers, team, and patients which allows… 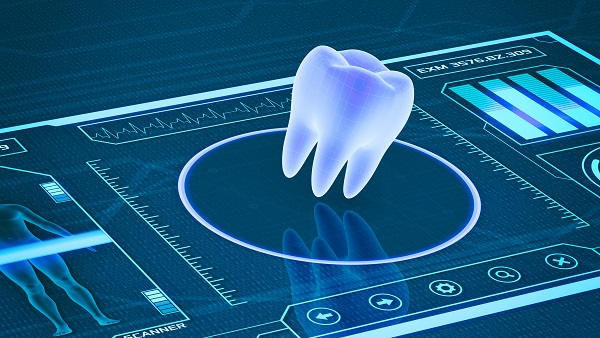 Digital dentistry has been around for several years, but it is becoming a more popular and common way to make models of the mouth. From these images, the dentist can create crowns in the office. This means you will not have to come in for multiple appointments and wait for weeks before getting a crown…

Will Digital X-Rays Expose You To Fewer Units Of Radiation?

It is no secret that technology has improved greatly over the years, and that holds to be true even in dentistry. One of the emerging dental technologies is the digital x-ray, which offers an array of benefits, including significantly less exposure to radiation. Outlined below is a quick overview of digital x-rays in general dentistry, including… 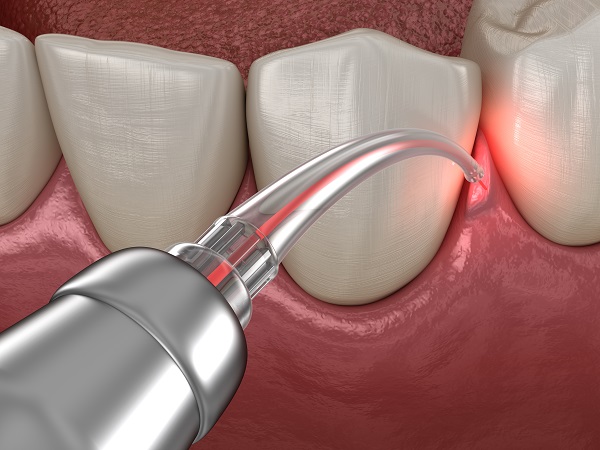 How A Root Canal Is Performed Using Laser Dentistry

Want to learn more about laser dentistry? This advanced dental technology is one that utilizes special dental lasers to address a number of dental procedures. One of the more common procedures dental lasers can be used for is for root canal therapy reasons, as well as crown lengthening and treating gum disease.A root canal is… 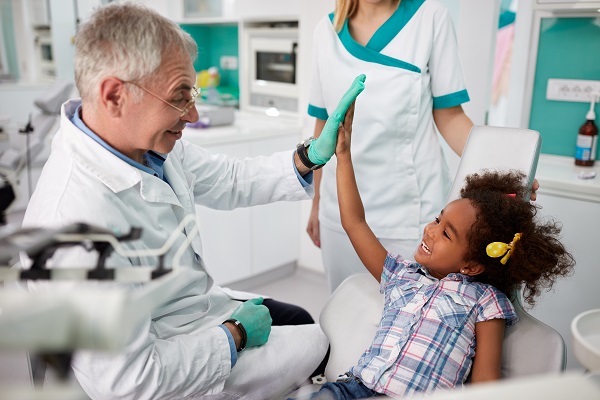 A kid friendly dentist is a great resource to utilize for parents looking to help their children develop good oral health habits that will last a lifetime. When good oral health care starts at a young age, it is much more likely that these good practices will be carried into adulthood, ensuring a lifetime of…